View source
This article is about the heroic main-universe pilot - for her evil Shattered Glass counterpart, see Wisp (SG). 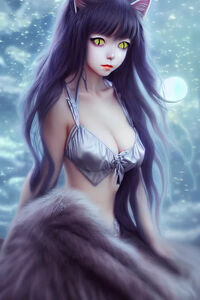 Wisp is a shy young woman who's grown up around military people and the Air Force all her life. A daughter of a General in the Air Force, she had to overcome size and personality, to earn her place as a military pilot, before slight auxiliary vehicle training. She is shy about who she is and who her parents are, more than with most things. As a very much newer Joe, she is often very much nervous around some of the more legendary bigger names, who've been around such a long time, afraid of not fitting in or measuring up, as much as she'd like to, and would like to make friends. She is very competent when flying or on the ground, it just often takes her a while to believe it around them.

Wisp grew up the daughter of one of the Jugglers.

In 2013, Wisp began patrolling Western Asia, initially operating first from the USS Flagg and later from Karshi-Khanabad Air Base in southern Uzbekistan. In 2014 she was assigned to the Ämari Air Base in Estonia. As of 2015 she'd been recalled to the Offutt Air Force Base in the US.

In 2021, Wisp traveled to Nebulos to assist Poise in the Nebulan Resistance.

As per discussion prior, I attempted to make contact with the villagers.

Unfortunately, contact was not as I had hoped. They kept screaming at me to 'go away', and the only one who would even scream at me claimed that landing the shuttle in the fields would bring 'The Hive' to destroy their homes, they then proceeded to scream for everyone to take shelter away from the village, banging on other residences doors.
Most I can determine from that is that if this 'hive' knows we're here, we're liable to see action sooner than later, and will have to protect our camp.

Wisp was created and is played by Carrie.