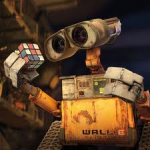 The name or term Spike refers to more than one character or idea. For a list of other meanings, see Spike (disambiguation).

Spikewitwicky is a player on the MUX.

The player's love for Transformers came from a relatively simple premise: why pretend to be a G.I. Joe where you're basically pretending you're in the army when you can pretend your surrounded by an intergalactic war with huge robots that can transform into cars, jets and boom boxes?

In fourth grade, he was a bit of a brat, discovering after years of being teased and bullied in elementary school, he could earn far more cool points if he teased other kids and mouthed off to his superiors. And it worked! But after catching an episode of Transformers, he saw Spike, a character that seemed to be cool, but at the same time showed respect for his father, routinely wrote in a journal (he still thought girls only did that with their Diary) and most amazing of all - actually cried onscreen. Like the character, he lost one major family member at an early age (his father died of a heart attack in '77) and like his character, he came from a decidedly blue collar background. While sneaking a look at his "baby book" his mother kept, he saw an entry that said "he has done a total 180 in attitude. Helps around the house more, far better disposition. Though she wasn't too sure why this occurred, the author puts almost full credit to the character of Spike for him turning down the asshole factor. Though the fourth grade stint definitely had some merits. He was still able to keep some of the friends he gained in his asshole period and the bullying proved to be a huge creative source for the darkSpike character he plays in the SG universe.

His first transformer purchased was Sideswipe. Less than two years later, he probably bankrupted his mom one Christmas with a plethora of Transformers (including Omega Supreme) on his wish list. In the summer of '85 - probably the worst summer vacation in his history, he was forced to tote along with his mom and care for his grandmother who broke her hip. His grandmother lived in an area that had only two types of neighbors: college students and elderlies. So, with no kids to hang out with, his only escape was a big paper sack of Transformers he brought over. The only outside time he could squeeze in was a walk to a corner store to hopefully buy a Transformer comic.

That same summer vacation, he was told he would be going to Oklahoma to see the "mountains." Even at age 11, this seemed suspect, but his mom and uncle swore on this. The result - a cabin that was surrounded by hills that were "technically" mountains only in the driest of geologic definitions. After repeated temper tantrums, he was finally taken to a mall in Tulsa where he saw a glimpse of a brand spankin' new Jetfire at a toy store. It was $45 (in '85 dollars). After a full two hours of persuading, from pouting to a more nuanced approach ("see, it's actually TWO toys - so it's technically only $22 per toy") to finally guilt ("you OWE me this. You said there would be mountains and there are no mountains here!"), he was finally awarded with a Jetfire, much to the dismay/disgust of his older sister.

In '86, when the Transformers movie came out - he was about ready to go to junior high. Fearing anyone may see him go to the movie, he opted not to go and read about the events in the comic book adaptation. Needless to say, when he *spoiler alert* found out Optimus Prime died, he was bummed, but had to pretty much laugh the incident off since a short time after he heard the news, he had to go to a family gathering. In junior high and high school, he continued to smuggle in Transformers much like a guy would weave in an x-rated magazine with a Time magazine and a Rolling Stone magazine at a bookstore. Thankfully in college as the Internet started to creep up, he realized he no longer needed to hide his geekish affection to Transformers. One of his coolest college memories was bonding with his college paper editor in chief about where they were when they heard about the death of Optimus Prime - and finally watching the movie on VHS in a house he shared with four other broke college students. As far as a character, Though he's big on personal responsibility, he believes he would have won a Pulitzer and would have been a regular contributor to The New Yorker if he applied his college and post-grad MUSH time to pursuing journalism.

Retrieved from "https://tfumux.fandom.com/wiki/User:Spikewitwicky?oldid=78018"
Community content is available under CC-BY-SA unless otherwise noted.