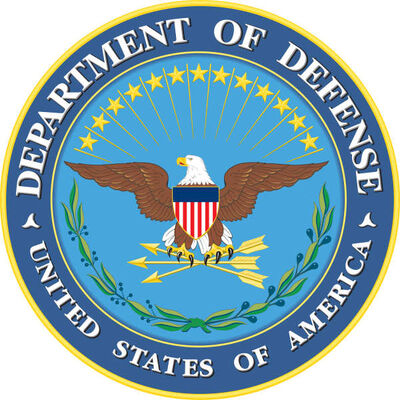 The United States Armed Forces are the military forces of the United States. They consist of the Army, Navy, Marine Corps, Air Force, and Coast Guard.

All of the branches work together during operations and joint missions, under the Unified Combatant Commands, under the authority of the Secretary of Defense with the exception of the Coast Guard. The Coast Guard falls under the administration of the Department of Homeland Security and receives its operational orders from the Secretary of Homeland Security. The Coast Guard may be transferred to the Department of the Navy by the President or Congress during a time of war. All five armed services are among the seven uniformed services of the United States; the others are the United States Public Health Service Commissioned Corps and the National Oceanic and Atmospheric Administration Commissioned Corps.

From the time of its inception the military played a decisive role in the history of the United States. A sense of national unity and identity was forged out of the victorious Barbary Wars, as well as the War of 1812. Even so, the Founders were suspicious of a permanent military force and not until the outbreak of World War II did a large standing army become officially established.

The U.S. military is one of the largest militaries in terms of number of personnel. It draws its manpower from a large pool of volunteers; although conscription has been used in the past in various times of both war and peace, it has not been used since 1972. As of 2011, the United States spends about $550 billion annually to fund its military forces, and appropriates approximately $160 billion to fund Overseas Contingency Operations. Put together, the United States constitutes roughly 43 percent of the world's military expenditures. The U.S. armed forces as a whole possess large quantities of advanced and powerful equipment, along with widespread placement of forces around the world, giving them significant capabilities in both defense and power projection.