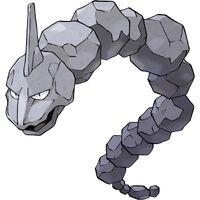 TROJAN is Ancient; she is an oddity among the Cybertronian race, yet alone the Autobots. A Quadra-changer compounded from the corpse components of long-dead transformers, scrap, ship parts, and containers, she is an eerie sight to behold; even when speaking in those hushed, hissed tones, the cacophony of voices in her modulators still whisper of the horrors endured. Two of her modes are simple in nature, one a single, large metal box, while the other a mass of metal storage containers. Her mech form is a terrifying hexapedal, four-armed dryder, complete with stinger tail and venomous mandibles. Her final form is that of a 289' serpent, through which she can not only carry cargo, but transport other Autobots inside of her 'scales' as well - although the transit has been described as 'riding a rickety roller coaster in a coffin'. Collateral damage often ensues whenever she goes into combat, as her immense size, Guardian-like resilience, and massive strength lend her to wield only monolithic melee weapons and punishing ram/fisticuff attacks.

Spawned from madness and twisted into a ghoulish form by some eldritch, cosmic horror, the very presence of this ghastly mech brings forth some primal, frigid terror. At 119' long from tip of a scorpion-stinger tail to the top of her head, this mech resembles a six-legged, four-armed battleship gray dryder instead of the classic bipedal mech. Six arachnidan legs, girthy and boxy at the base of a jagged ovular abdomen end in lethally sharp points. A long tail ending in a giant metal spike curls in a menacing arc high up over her head, while a trio of sharp metal fangs click and clasp just at the fore.

The torso is decidedly of feminine persuasion, and in that the humanoid similarity ends: She bears two sets of arms, with the lower pair ending in a savagely tined melee weaponry - a flail and a mace, respectively. The upper set of arms are hulking and boxy, ending in fists even larger, with two massive spiked pistons protruding from the elbows. Set between two risen shoulder guards is her head, both veiled and protected by slats of metal, masking a grim visage and a pair of two eerily toxic irradiated eyes.

Meshed within the ultra-dense armor, one could swear they could make out bits and pieces of other, less fortunate mechs - at least two dozen or more. The gray, crushed appendages and bodies scrape, grind, and creak, as ancient mechanical faces with lidless, lifeless eyes seemingly whisper omens of grisly death from metal lips that do not move...

In 2009 Trojan crashed on Earth, and was found by Nighthawk.

< Trojan appears on screen, kind of stooped down in order to get at least most of her visored visage on screen. She then tips the camera up, and has much better luck, even if it only serves to make her look more huge and sinister. Her voice is a sussurant hiss of a cacophony of voices, both male and female, but predominately the latter. >

< A finger the size of a telephone pole in diameter half pokes at the upward perspective. In the top corner of the screen appears an image of Turborat, without his wheels, sitting on a tarmac. By identifying the planes and troop uniforms, it's pretty easy to tell that it was taken on Cobra Island. >

I defer to command for courssssse of action."

< A CreepyGothyAutobotSpinny appears, followed by a flickerflash to a shadow-veiled Trojan. The effect of nebulous shadow barely kept at bay by some seething, poisonous candescence just faintly illuminating her ghastly visage is startling at best... >

"While I am aware I have no ssssssay in the matter, I am entitled to exssspresssss my misssgivingssss regarding giving Air Raid to thossssse unpleasssant sssserpentsss." The mech inches toward the camera; eerie green optics fume some terrible, toxic vapours. Ancient metal groans with a cavernous echo, carrying with it the frigid chill of ages. She squints. "We would be remisssss to acquiesssssce to their demandsssss; Air Raid may be impulsssssive and in sssssome mannerssss recklessss, but he issssss one of our own and a proven, capable member of our ssssssocssssiety. He isssss a sssstaunch and valuable ally, and inssssspite of our differencessssss, a friend unto hisssss lasssst pulsssse of life." hisses the eldritch, disembodied voices of dozens long dead. "If we are to bow to one organiza-SHUN, to whom next will we kneel? And what messssage would it ssssend to the Decssssepti-CAHNssss? I assssssk that we be allowed to view thissssss 'proof' that the Baronesssss of Liessss pressssentssss, and counter her campaign with sssssmear tacticssss of our own."

To accompany our otherworld guest, it seems another by the name of Gregory has been brought to our doorstep. I humbly remind command that we have Dr. Andersen and three still residing in diplomatic quarters under sanctuary until we can figure out what to do with the gates and situation. I will take responsibility for our new guest, and continue my duties as chaperone and liaison until Command gets time to talk to them.

Apr 16 - Not Your Father's Decepticons

< The message opens up with a picture of a Ravage-like panther... KITTEN, cheerfully painted, smiling, and... marked like the Decepticon. The video feed plays, complete with Audio:

SG-Ravage woahs. "Wows. I gots to tweet this when I gets back, too! An' tell the others. Bet Slickspin'll wanna know!" He snickers. "We's in your reality an takin a peek!"

Trojan's notes, in text only: This makes my processors ache. A Decepticon LOLCAT. This came through the desert portal with Circuit Breaker's alternate self - she was carrying the Decepticon in her shirt pocket. If you'll excuse me, I have to stop my core from trying to divide by Zero.

< The Camera Clicks on, but the ONLY thing in the angle are a pair of bleeding red optics. These… are not simply red points of illumination. The color is far more than that. These are the color of rage. These speak of millennia of built up malice, of fury, of a hate long seeded. Those were not Trojan's eerie green optics, but the amalgamation of the damned slaughtered by the Decepticons so long ago. The rest of the area is simply a nebulous void of blackness. Even Trojan's spectral sibilant, multi-toned hiss calls from deep within the abyss in its ability to unnerve even the staunchest Autobot. >

"Sssscourge had repaired the pipe but fled rapidly upon detecting me. On the ssssurfacsssse, I would have had to fight both he and Ssssstiletto. I attempted to lure them down into my home field by pinching the pipe closssssed. If they wanted the oil for energon, they would have to facssssse me on my turf. Megatron arrived. I called for backup. Ssssswissssh and Warlord ressssponded and engaged. I got my chancssssse to extract revenge for thossssse killed upon Cssssybertron ssssso many yearsssss… ago.

He ssssshot me, but I did not feel it. He wassss agile, but not enough to esssscape the weight of facssssing hissss ssssinssss manifessssted in me. I rended hisssss arm and cannon from hissss body, but he ssssank too quickly in the murky oil for me to finissssssh the job. Sssscourge recovered Megatron before I could get my teeth into hissss ssssshell. We ssssstopped the Decsssepti-CAHNsssss, but I failed to END it."

< No spinny. Something HUGE smashes the camera. The screen goes black. >

A Message From Trojan

To make myself feel better, I delved into my art and came up with a get well soon present for Megatron. I sent it via Starscream, who laughed so very hard, he could hardly fly. Enclosed is an image of what I sent the Decepticon warlord.

< The Image: To say that this structural monstrosity is gaudy is to simply do the definition of the word injustice. It is the arm of Megatron, such as it is, terribly disfigured and shorn by what appeared to be some vicious kind of metal vice. It was ripped from the shoulder socket, too, and twisted away, so the wiring and infrastructure are warped beyond use. Its extraction must have been painful for the Decepticon leader.

But what was done with it is simply insult to injury, because someone has fashioned it… into a lamp. The hand is spread full out, to form the base upon which this terrible cheap motel rendition of a lamp should stand, and the elbow has been crudely welded into a slightly bent position. Neon-red and green runners decorate the contours and lines of the armor's seams, while one whale of a grass skirt is hemmed to the forearm just below the elbow joint. Tacky plastic palm leaves make up the lamp shade, which is further made more laughably tasteless by the mess of mangled wires that still stream from the torn shoulder socket. It is made more hysterically appalling by the alarming number of 'feel good' stickers slathered across every available surface, bearing mantras such as 'Life is Good'; 'Be Alert: We need more Lerts'; 'Guns don't kill people, I do', and the ever ubiquitous smiley face. To top it off, at the end of some of the frayed wires hang tiny little Autobot symbols, that festively clatter and sway with the breeze.

A little display screen crudely mounted to the elbow joint bears a recessed set of speakers, both of which play back that wonderful scream of fear and pain Megatron experienced the moment he witnessed Trojan in her terrifying glory, right as she tore the arm from his body. >

Static. Eerie static begins the transmission, an unsettling cacophony of whistles, whines, and pops. The acoustic clears to a quality not unlike that of old, analog tube radios at the turn of the 20th century, but no image appears. Instead, there is only that abominable miasma of shattered voice modulators that croak a nightmarish discord of mechs long dead - whose names are long forgotten.

The transmission ends. Thank the stars.

Cookie and Kamakura meet an unusual Autobot in the desert.

Created and played by Trojan's creator.