The Trans-Organics were an early creation of the Quintessons, predating even the Transformers themselves. Large by even Transformers standards, the beasts were deemed ill-fit for even the most simple of tasks. Violent and uncontrollable, the beasts could be put to use for one thing and one thing only: destruction.

Most of the Trans-Organics were destroyed in the distant past but those that could not be destroyed were left in a Hibernation Chamber deep within Cybertron.

Dweller in the Depths

When the Dweller burst free, one of its first acts was to reward the UberSeeker for its ageless servitude by giving it the honor of being one of the first sentient beings eaten by the Dweller.

The Trans-Organics swarmed Cybertron, although many of them were hunted and killed by Scourge and his Sweeps, including Demogorgon. Others attacked Polyhex, where they were defeated by Starscream and his Air Warriors. Still more, however, remain with the Dweller, trying to penetrate Polyhex's walls.

When the Quintessons invaded Earth in 2013, they captured humans to create a new breed of Transorganics, which they then unleashed upon the world. Rhino was one such casualty, being captured and reborn as Sicarius

When Autobots explored the tunnels under Valvolux in 2018, they encountered a nest of trans-organics.

A multifaction team descended beneath Kalis in order to find out more information about the Dweller. Once the Dweller was defeated in 2021, the Decepticons returned to clear out the nest of remaining trans-organics there. 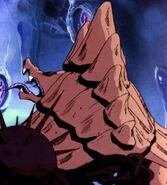 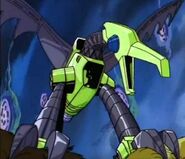 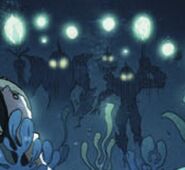 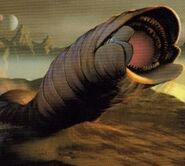 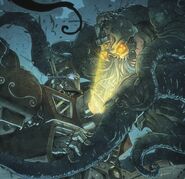 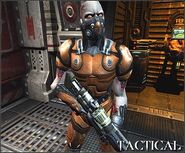