This page is for the band. For the MUX ability, see Hologram (ability). 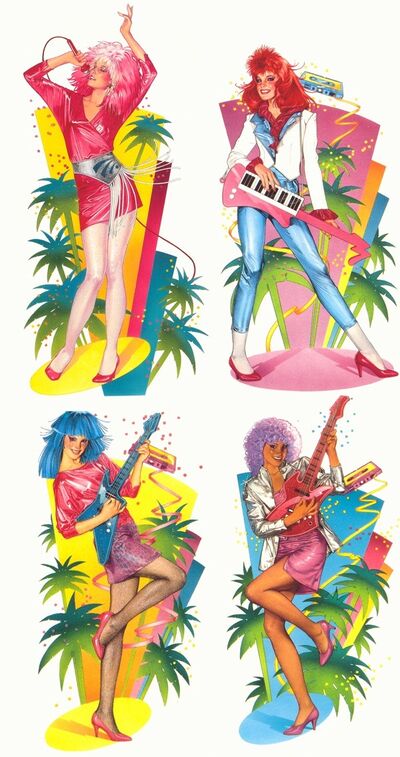 The Holograms are a glam/pop band that peaked in the 80s but are still around today. Their lead singer is Jem, but when she is not touring with them the band is led by either her sister Kimber Benson or former Starlight Girl Starr.

Jem returned from obscurity for a special Holograms-reunion USO show for US troops. Unfortunately, Cobra attacked during the show, capturing Jem and the Holograms and holding them for ransom until Rio turned over some of the Holograms' advanced holographic technology. However, without Synergy to run them, Cobra's holograms will never be as lifelike and convincing as Jem's.

In 2016, The Holograms recruited a new lead singer: The former Starlight Girl, Starr.

In 2021, Jerrica Benton announced a new Holograms tour fronted by Jem, in support of a new album. No mentioned was made of Starr.