This page is for the heroic Junkion. For his evil Shattered Glass twin, see Sit-Com (SG).

Sit-Com never goes anywhere there isn't a television -- he even carries a tiny one on his arm just in case. He's into funny one-liners and problem resolutions in half an hour. He is always accompanied by his own built in laugh-track. People who claim to own no television because they 'have better things to do' terrify him. He idolizes various sitcom characters including the Fonz, Steve Urkel, Screech, and Will Smith. In Robot Mode, he wields a ball and chain and a sonic weapon that blasts TV themes at his opponents. In Junk-cycle mode, he is armed with dual plasma blasters and wields a net to snare Decepticons.

One too many reruns of Family Matters with Happy Days has left its mark on Sit-Com. Not exactly boasting the luck and cool of the Fonz, at least he's got Steve Urkel's intellect. He's got other things in common with Urkel. Fortunately the cardigans aren't one of them. He doesn't mind what people think of him, though - he's mostly in it for the laughs.

Nobody could mistake this Junkion for anyone other than Sit-Com as his shoulder armour appears to be created out of old cathode-ray TV sets. The rest of him is comprised of rusty coloured matched or mismatched body-parts, armour and gadgetry; depending on what he could scrounge from eBay, Radio Shack or the Scrap Yards.

The tank and seating of the bike mode form his chest and midsection, chunky curved handlebars sit low on the back of his shoulders behind his head. His headgear sports the dials and dashboard features from said altmode, bearing an uncanny resemblance to biker's goggles (or nerd glasses). His main drive wheel is mounted flat against his back when not in vehicle mode, the other fits to either upper arm for use as a shield when danger strikes.

His trademark ball-and-chain (a jocular reference to matrimony) retracts for storage at his waist; his sonic 'Sit-Cannon' is mounted on his right shoulder. As likely to greet you with two thumbs-up and a "Heeeeeyyyyy!" as he is to observe "At least nobody got hurt - yet!"; this is Sit-Com.

Sit-Com was created in the same manner as all the other Junkions. He's lived on Junkion most of his life, and only recently became prominent in the war between the Autobots and the Decepticons. He believes it is his job to cheer the Universe up, and seeing so much sadness in the War and on Earth, he felt compelled to do something about it. Often sets off his laugh track randomly to lighten the mood. He fights the Decepticons primarily because they are not only a threat to other life forms, but they are a threat to Television in general. He knows that if they conquer Earth and destroy the humans, that'll be the end of his favorite TV shows. And he can't let that happen.

Sit-Com often operates out of the Autobot City sickbay.

02Aug2013 - Cobra forces, led by Interrogator, made a daring rescue of numerous civilians and a severely wounded Angel from the Quintesson-Occupied Los Angeles. Supported from the ground by Reverb, Nightlash managed to hold off the actions of a Quintesson Warship long enough for the evac to take place before succumbing to hostile fire. Fortunately, Sit-Com was on station to pull her out.

In 2016, Kup, Wheelie, Arcee, Sit-Com, and Phase-Ar travelled to Goo, where they discovered the tracking station had been destroyed by death crystals. The Autobots and Junkions were attacked by Astrotrain, revealing the Decepticons had the crystals now. Kup revealed foreknowledge of the crystals, and explained he’d encountered them before, and had been held prisoner on the source world, Dread. 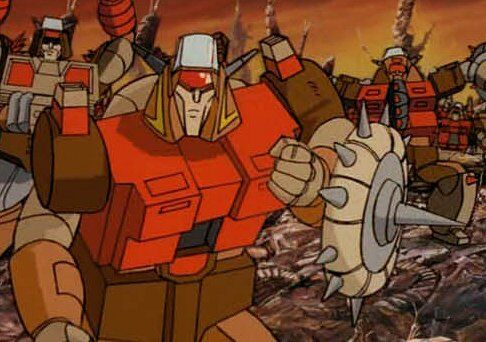 subterranean parking garage with a number of civilian survivors inside Quintesson-occupied Los Angeles. A dedicated rescue effort to pull survivors out of Los Angeles was launched by Cobra and supported by Reverb. Nightlash, already inside the city, provides air support and diversion.

Sit-Com was created and is played by shebakoby. Though credit for his name, template and note go to Monstereo aka Vitacus.