"No one enters our territory and leaves alive!"

RANGE-VIPERS are trained to survive long-term operations deep within unfriendly territory, completely cut off from communications or supplies. They have an unusually high tolerance for discomfort and can survive on a diet of snakes, grubs, roots, nuts, and whatever slow rodents they can catch. They are expected to procure their own ammunition by way of hit and run raids on enemy camps and ammo depots. These troopers are the top of the food chain and can flourish in the uninhabited wastelands of any region.

Wilderness troopers. They are trained survivalists known for their high tolerance of harsh environments. The Range-Viper helmet looks like a stylized skull and was designed to intimidate. The Joes first encountered them during the Battle of Benzheen in 1991.[1]

In 2010 Range-Viper 1928 was assigned by the Baroness to impede the return of then-missing Cobra Commander.

OOC NOTE: Artemis is assigned to Brainstorm, so that the Range Viper that Baroness has placed there, can continue to hinder any search for the Commander. During the course of the search, Range Viper 1928 can, and will hinder any real chance of success, but, in the end, will be found out, and likely killed. No link to the Baroness will be shown by anything the Range Viper in question does or says, as the Range Viper is working under false pretenses that Destro ordered him to hinder the investigation*** 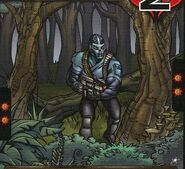 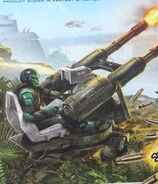 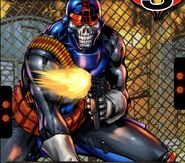 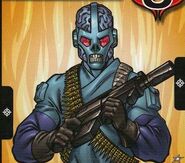