View source
The name or term Megan Witwicky refers to more than one character or idea. For a list of other meanings, see Megan Witwicky (disambiguation). 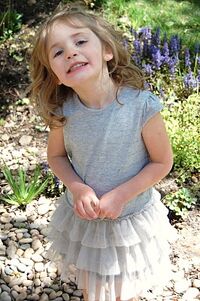 Megan Witwicky is the second child of Carly and Spike Witwicky. She is very intelligent and inquisitive, and has a real ear for music.

On May 26, 2013, Megan was rummaging between couch cushions when she located a slimy, moldy, roach-infested pizza slice and promptly stuck it in her mouth. When Spike and Carly investigated further, they located an entire pizza that Buster had forgotten about, still in the takeout box, with a large colony of roaches settled on top of it. Carly is absolutely livid at the discovery, and wants to confront Buster directly. After a heated discussion with Spike, Carly then realizes that her husband is trying hard to preserve the fragile relationship between the brothers, and it probably wouldn't do much good to scream at Buster, anyhow. Even so, the entire event has soured Carly's already low opinion of Buster.

On April 7, 2014, Megan attended the handfasting of Buster Witwicky to Jesse Macchio.

Since the bombing of Autobot City in 2015 that left several Autobot leaders badly injured, DJ Faireborn has been helping babysit Megan.

Edwin decides to stop by the Witwicky home to catch up with Spike & family.

Megan Witwicky is usually @emitted by SpikeWitwicky and Doomflower as necessary.