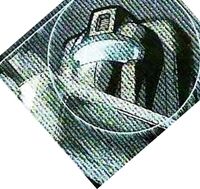 LONG HAUL loved his job, and his part in Decepticon Medtech. While not as well educated as Scrapper or Hook, Long Haul knew his job and knew it well, and worked closely with Bonecrusher to bring Scrapper's visions to life. Every time he helped the Constructicons build a new bridge, bunker, or shelter, he felt a swell of contentment and pride.

In haul truck mode, Long Haul could carry up to 90 tons for 1200 miles at a top loaded speed of 40 mph. He could also add on a dual heat-seeking missile launcher. In robot mode he carried a laser pistol. When combined with his fellow Constructicons, he served as the torso module in the giant robot known as Devastator.

Although he'd leap to defend an innocent in danger, Long Haul deeply hated to fight. He'd rather build defensive installations and leave the warfare to the warriors. He'd never turn down an order into battle, but visions of Crystal City's destruction haunted him, and sometimes impeded his effectiveness in a fight.

Long Haul's duties also involved scrounging for supplies in the Rad Zone when he wasn't working as an EMT with Scrapper. Haul usually reported directly to Megatron.

The Constructicons did not initially have the power to merge into Devastator. That ability was given to them by Megatron after Optimus Prime tried and failed to warp their minds into servitude with the Robo-Smasher. The two Constructicons Optimus did warp, Hauler and Grapple, used their friendship with Omega Doom to lure him to Prime, who used the Robo-Smasher to warp the guardian robot's mind. Prime succeeded and created a burning desire for destruction in Omega.

For much of the war, Long Haul remained with the Constructicons on Cybertron, defending civilians from Junkion assault. However, in 2016 he embarked on an ill-fated trip to Earth, and was killed en route by the Autobots.

Long Haul is no longer available for temping in the Shattered Glass TP.