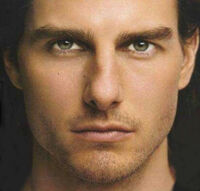 "My dad can have you killed."

JIMMY FLAGG was born Lawrence James Flagg III, son of General Flagg, commander of the Burpleson Air Force Base. Although Jimmy’s always been a bit of a hard-partying ne’er-do-well, having a rich and powerful father keeps him in drug money and out of any long-term trouble. A brief military career bravely defending Las Vegas ended with his honorable discharge after a sealed affair led him to retire early. Since then he hangs out a lot on his dad’s base, spending his inheritance early and trying to use his good looks and smug charm to pick up women unfazed by his frat-boy personality. With a powerful father and money to burn, Jimmy is used to getting what he wants, and when he doesn’t he’s known to pout or become downright dangerous.

Jimmy Flagg is a good-looking man, even if behind the sunglasses you can tell that a life of hard-partying has started to take its toll. Surprisingly short in person, Flagg overcompensates by being overly aggressive and smugly arrogant at all times. With a powerful father and money to burn, Jimmy is used to getting what he wants, and when he doesn’t he’s known to pout or become downright dangerous.

JIMMY FLAGG is the son of the original G.I. JOE team commanding general. He is a graduate of the Virginia Military Institute, as were five preceding generations of Flaggs. His actual military performance was lackluster, however, and with the pull of his influencial father, he wound up bravely defending Las Vegas from enemy attack during his short stint in the Air Force. Honorably discharged (thanks to an effective coverup), Flagg now hangs around his dad's base, spending his dad's money and making inappropriate advances on female officers.

When JIMMY FLAGG tried to visit his old friend Buster Witwicky, he was rebuffed by Chip Chase, who apparently works for Jimmy's dad. Who knew Chase even knew Buster? Small frickin' world.

In actuality, Chase knew exactly who Jimmy Flagg was, having "disappeared" many records of the younger Flagg's arrests and wrongdoings. When Chase later wanted G.I. Joe to hand over Buster to him for torture, one of the ways he put pressure on the elder Flagg was to release the hidden records of his son's illegal activities. While this caused some stress for Jimmy, his father is already at work killing the scandal with the help of his media allies like Melinda Lossman.

Jimmy has the same first and middle names as his father, Lawrence J. Flagg, Jr. When he was a pilot, he tried to get everyone to call him "Maverick." It never really stuck.

Jimmy Flagg is currently temped by BZero, but is available if anyone would like to take him over.