This entry is for the Shattered Glass version of the Transformers Weatherbot character. For the main universe version, see Hurricane. 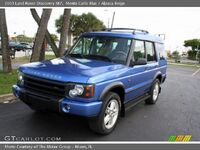 With the other Weatherbots, she merges to form EF-5 as a leg.

Hurricane and the other Weatherbots were built by Wheeljack to capitalize on the unique meterological features of Earth. A team tasked with creating natural disasters, the evil Weatherbots plan to scour the Earth of its natural life so it can be reborn as New Cybertron. In preparation for her role on Earth, Hurricane mastered the weather patterns on Cybertron, destroying large areas with acid and ionic rain.

When the TP began, Hurricane and her Weatherbot sisters prepared to head to Earth on the Ark. However, they missed the launch, and are now involved in the fight to defend Cybertron from a horde of invading Junkions.

In 2013, the Weatherbots were moved to the Autobot Infantry division.

The Shattered Glass version of Hurricane was created by Bzero and the Director of the MUX.