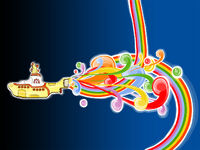 The main character flaw of HURRICANE has to be the time she wastes chattering. A bit of a Valley girl, she can usually be found playing with her communications equipment, accessing chat lines, the Botnet, or anything else she can find a way into which to hack or uplink. As the Weatherbots' communications expert, her abilities are necessary for the team to work properly in the field, which is why it is often a source of great annoyance for the others as they try to get her to cease her constant chatting. She isn't fond of combat, and would prefer to stay undersea and chat with all her friends from around the world than go out and do things that might require work. She tries to make up for this with her infectiously cheerful personality. She transforms into a submarine with undersea communications abilities. Sometimes considered the 'twin' of Typhoon, she and her 'sister' are of nearly identical design. Built to withstand powerful coastal storms and crushing ocean depths, Hurricane is heavily armored. She is armed with a whirlwind gun in robot mode, as well as a standard Weatherbot laser pistol. Her unwillingness to ever leave the Haven sometimes impedes her relationship with the other Weatherbots.

The Weatherbots were some of the first caught being sentient by the quints and their personalities stored for later to work out what happened. Their original bodies were destroyed, but their personalities were saved on a raid by the transformers. Fresh bodies (i.e. the ones they have now) were fabricated and their personalities loaded into them. Typhoon and her 'twin sister' Hurricane were rebuilt and designed to handle Cybertron's seas and maximize their advantage there.

Hurricane is available for temping in the Quintesson World TP.

Retrieved from "https://tfumux.fandom.com/wiki/Hurricane_(QW)?oldid=61660"
Community content is available under CC-BY-SA unless otherwise noted.