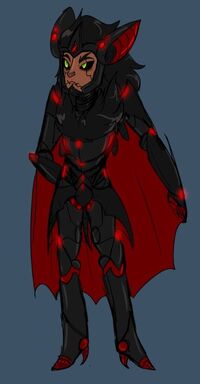 GOTH is a charismatic scientist who, with a simple smile and a pat on the shoulder, can hide the fact he has more than a few screws loose. He originally joined the Decepticons for his own selfish means, mainly the resources and the ability to progress his own research. However, it is now more to him, as it was a place for him for when he had nowhere else to go.

In his bat mode, Goth possesses brute strength his robot-mode lacks, in both skills and physical strength. He also possesses a scouter that allows him to calculate weaknesses of a target that he can pass to his teammates, as well as coordinates to help their aim. His cloaking abilities to help him blend in to help his teammates from the shadows, and he has enhanced senses in both sight, hearing, and smell. In his root mode Goth retains his enhanced senses, cloaking, and parts of his scouting system, but loses his strength and is instead optimized to do more dexterous medical work.

Goth is fragile, a glass cannon as it were, and his frame is HEAVILY susceptible to fire, which can melt his armor clean off. Being an air-unit also means he's susceptible to lightning. In his root-mode he has few weapons and is very vulnerable. He is also cursed with horrible bad luck.

Goth of Chela is old, very old, and dates to the start of the Cybertronian war. Originally forged on a planet inhabited by only beastformers, he had a lover and a group of friends who were eventually killed. This drove him to an obsessive revenge-filled madness that eventually led him to being exiled from his planet for his crimes. He came to Cybertron and fell in line with Megatron.

Goth ended up using his medical and Scientific knowledge to earn himself as being seen as an asset, despite his constant show of weakness out on the battlefield. (He was not built nor trained for War after all) and used that to keep himself from being left for dead on the field.

Goth has no larger goal, mostly to live, and gain back what he lost.

Goth returned to Cybertron in 2019.

Goth eventually left the Decepticons after reuniting with Khamsin, but continued to work with the Destrons, who seem to have adopted him.

However, in 2022, with the Destron re-joining the Decepticons, Goth is left on his own once more. 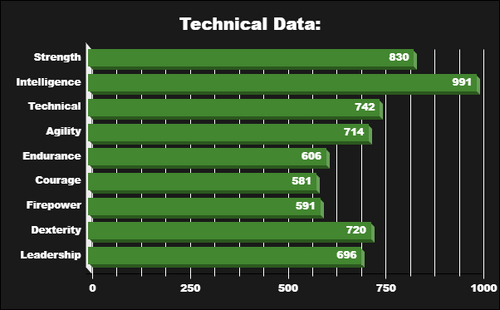 Goth's alt-mode is heavily based on a Fruit Bat, Grey-headed flying fox in particular, but with more monstrous aspects inspired from the picture on the right, and heavily taking from Vampire tropes and mythology, allowing for his alt-mode to be capable of walking on all fours, his hind legs to standing up straight(ish) and climbing walls.

His elongated Index claws also taking inspiration from Thrax, (Yes that Thrax...). He is also a true Energon Vampire, based on the information from bots like Blood, Bomb-Burst, Nightstrike, and Wingcode, the last two providing more a base for his creation then the first two.

His affinity for Acid and chemical-based weapons, and drones is based off the fact, his original incarnation (While also a mad scientist) is a Necromancer and emulates necrotic damage.

>>Goth appears on screen looking exhausted, and is /completely/ covered in energon and other Cybertronian internal fluids, looking none too happy, the repair bay looks to be full of injured.<<

Sergeant Goth, reporting in from medical to give a full report on Deathsaurus's medical condition... Some months back, He'd become ill, overheating, eating scrap metal, fuel deficient, nutritional loss from his frame suffering from where resources were being drained from his body... Initial scans did not pick up what it was right away other then sort of /mass/ embed in his spark chamber's casing with a what looked to be a spark signature, but the machines could not decipher what it was.

Initially it was believed to be a growth, or a parasite, unfortunately due to it not being nearly large enough, and being embedded in such a...Precarious, and delicate area, it could not be surgically removed like what was wanted.. We unfortunately had to wait for it to grow before we could safely dislodge it...

As months passed the symptoms worsened, and unforntally other parties became privy, interpreting it as /something else/ which made it rather hard to pinpoint what it actually was because they couldn't keep their /noses/ out of it like proper soldiers /not/ of the medical profession, mineral rich energon was transfused to him in this time to help his systems compensate to keep him from completely becoming malnourished, and it grew to the point were Death, was a suspected outcome if we didn't extract it soon.

Unfortunately, before such could be done the schedule sieging of Iacon happened, were it ripped itself from his spark chamber and his chassis as a whole, to reveal itself to be some sort of.. Brainformer I believe he said? a Micromaster, the autobot Star Saber... Sometime before it was speculated this could of been possible, but it was brushed off due to... The Idiocy mentioned before.

While his spark has shrunk considerably due to the damage done, it should recover with time, he is currently stable, and on life support, his frame however can't be salvaged, it's beyond repair, numbers of internals are missing, fuel lines and spinal struts are completely destroyed or shattered...With Megatron's permission and granting of resources, I and a team, will be building a new frame to transfer his spark, and innermost energon too from schematics made by Scalpel... And should they be incomplete, I will be doing as well.... With that, this is my report.

Goth was created and is played by AtlantaHammy.