The G.I. Joe World TP is a storyline set in a world where G.I. Joe is a global force for security -- and control. 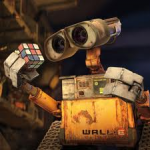