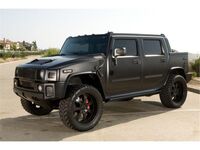 As opposed to many of her fellow Decepticons, DreadTread has no particular antipathy for most of the Autobots, believing their views to be misguided and born of ignorance. However, she finds their constant meddling in the natural order of Decepticon domination of the galaxy irritating and a waste of precious resources which would be better served building a strong empire under Decepticon rule that could easily oppose the Quintessons or anyone else that stood against them. While most content conducting research on her home planet of Cybertron in between reconnaissance missions around the galaxy, being called to Earth has provided interesting new opportunities to feed her voracious appetite for knowledge. Although she has little respect for non-mechanical life forms as individuals, she frequently seeks to study the secrets of their strange and fascinating chemical construction. She finds their enslavement to their emotions both illogical and disturbing...though perhaps too there are secrets within these strange, squishy creatures that might be worth knowing.

At a height of nearly twenty feet, DreadTread is of average size for a Cybertronian. Her shape is rather more blocky than other females of her species, perhaps in part owing to the utilitarian rather than aesthetic considerations of her design, and she is painted in shades of glossy and flat black on her torso and limbs, with a grey oval face and two brilliant deep green eyes. The housing around her head and skull is shelled in an art-deco fashion, which offsets her somewhat stout appearance, and two small but powerful radio antenna protrude slightly from the top of her head. On her right shoulder, the Decepticon sigil is boldly displayed in bright red.

In 2017, DreadTread was summoned by Megatron to assist in finishing his planetary engines beneath Kalis. She later tended to Valour's wounds on Iacon Plain, and then later Megatron's after the Decepticon Leader was injured fighting Optimus Prime.

DreadTread is played by her creator.