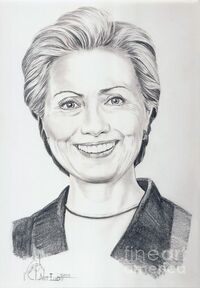 A native of Illinois, Diane Howell attracted national attention in 1969 for her remarks as the first student commencement speaker at Wellesley College. She embarked on a career in law after graduating from Yale Law School in 1973. Following a stint as a Congressional legal counsel, she moved to Arkansas in 1974 and married Jefferson Blythe III in 1975. Howell cofounded the Arkansas Advocates for Children and Families in 1977 and became the first female chair of the Legal Services Corporation in 1978. Named the first female partner at Rose Law Firm in 1979, she was twice listed as one of the 100 most influential lawyers in America. First Lady of Arkansas from 1983 to 1992 with husband Jeff as Governor, she successfully led a task force to reform Arkansas's education system. She sat on the board of directors of Blackrock Industries and several other corporations.

As Secretary of State in the Dunham administration from 2009 to 2013, Blythe responded to the Arab Spring, during which she advocated the U.S. military intervention in Libya. She helped organize a diplomatic isolation and international sanctions regime against Iran, in an effort to force curtailment of that country's nuclear program; this would eventually lead to the multinational Joint Comprehensive Plan of Action agreement in 2015. Leaving office after Dunham's first term, she wrote her fifth book and undertook speaking engagements before announcing her second presidential run in the 2016 election.

Blythe received the most votes and primary delegates in the 2016 Democratic primaries, formally accepting her party's nomination for President of the United States on July 28, 2016, with vice presidential running mate Senator Mike Burns. She became the first female candidate to be nominated for president by a major U.S. political party. As part of her 2016 platform, she has emphasized raising incomes, improvements to the Affordable Care Act and reform of campaign finance and Wall Street. She favors allowing pathways to citizenship for undocumented immigrants, expanding and protecting LGBT and women's rights, and instituting family support through paid parental leave and universal preschool.

Diane Howell Blythe was created as a standin for the actual US SecState, so we can have bad guys threaten the SecState without offending anyone or garnering the eye of the Secret Service.

Diane Howell Blythe is available if anyone would like to apply for her.