CONCEALER always saw herself as someone different and had spent much of her life going through self-discovery until she finally was able to accept herself as Meggan Briar through her commitment to G.I. Joe. Fully trained as an engineer with an advanced understanding of most weapons, she is ready for combat. When she is not working on a project in the lab, motor pool, or firing range, she is perfecting her appearance and teaching herself how to be mistress of disguise; whether that be with cosmetics or an advanced combat systems suit that uses technology to help camouflage herself. One of her biggest flaws is that she is focused on her own vanity and battling her dysphoria.

Much of Meggan's life seems to be either missing on paper, redacted, or, if you ask her, "confused" with her late twin brother's life; including important documents. She claims that her parents just do not have any childhood photos or pictures of her because of an incident but she has photos of her brother. More over, Meggan Briar shares the same Social Security number as her brother and there are no school records of Meggan ever attending the same public school as her brother; however her college years have been verified that she completed her courses with high honors. Initially, Meggan had no incentive to join the military until the Department of Defense issued the DOD INSTRUCTION 1300.28 as a policy allowing the rights she felt she could agree with. 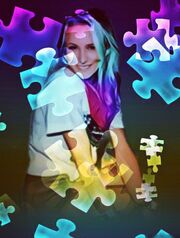 Most of Meggan's childhood seems to be referenced as being typical and she will make reference to her twin brother* casually as someone she spent her time with. She often will joke about how she used to play with cars, trucks, dinosaurs, and other boy toys but would also wish she had more of 'girlish' activities like getting involved in sewing, doll houses, etc. During her childhood, she received above average grades; excelling in both the math and sciences. As a kid, she was intrigued by the video game, Metroid Prime where the main protagonist was a female. She tried to deny it while in school but did would 'reluctantly' play games with the girls instead of the boys. She always would critique the outfits that Barbie and Ken dolls would have; while trying to switch the clothing between the two. This would lead to friends not being amused.

During her teenage years, Meggan was social but often kept to herself when given the opportunities so she can continue her studies. She was involved in some after school activities such as theater and some sports but often talks about how her twin brother did most of the activities. During her high school and college years, Meggan did partake in dangerous activities to help fund her transition; this includes being an active member of the 'Nuts and Bolts Drag Racers Show' as well as doing a drag show staged wrestling league under the names of 'TranSister' and 'Autumn Violet.'

Meggan and her twin brother attended New York University and took the same classes at the same time. She often credits this as the time as when she last saw her brother who sacrificed himself so she can live. After the realization that she will never be the son her father wanted her to be, Meggan forged her identity in college through the help of her community. She finally came out of her shell; no longer timid and shy; instead she emerged as self-made independent woman who has a passion for tinkering and perfecting electronics and other devices.

During her college years, Meggan studied electrical engineering while experimenting with various combat scenarios. This helped inspire her cosplay obsession; furthering her decisions to become who she is today. She focuses on trying to be the person she wants to be rather than trying to be the person others view her as. While stereotypes and others' views create her dysphoria, Meggan still tries to be positive about her life choices.

As she worked further on exploring herself, she was able to discover she had the talent to use cosmetics to make herself look different and pretend to be different people; which was useful as she would mimic those who inspired her to become who she is today. Using a military contract position to help advance her career, she quickly found herself enlisting with G.I. Joe.

Concealer joined G.I. Joe in 2021. Later that year, Flint approved her to work on the Starfighter.

In 2022, Concealer was temporarily assigned to Star Brigade.

In her free time, she played video games and tried to figure out how to strategically attack targets. During her off duty times, Meggan can be found designing theoretical armors, weapons, and, when time permits, enjoying nightclubs, blogging, and sharing fashion tips.

While Meggan won't easily admit to being transgendered, she will casually reference it when she lets her guard down in conversations. She prefers to keep it as an intimate secret of her identity; not because she is ashamed of it but because she is not willing to let her gender be her identity. As Meggan Briar, she is capable of blending in almost anywhere. She is shy at first but when she is comfortable with herself and her surroundings, she can be boisterous, flamboyant, social, and helpful. She has a flirty persona with anyone around. She spends her time working on research and development for weapon systems and vehicles. Despite being flirtatious, Meggan remains professional while on duty.

When she gears up as Concealer for combat and special missions, she is rather mechanical and almost void of emotion; she stays on task to keep focus. She understands what is at risk and is willing to sacrifice herself for the greater good. As Concealer, Meggan tries to stay focused to ensure that her actions merit the consequences. She picked her handle as a nickname due to a song that represented how she felt after some incidents when she initially started to transition. While the song, itself, is about being abused and using make-up to hide the bruises, Meggan sees make-up as a badge of courage now when she wears it. As she also specializes in hiding and blending in, she found this song title to be appropriate as it also reminds her of what she is fighting for.

Trained as a combat engineer and with the ability to quickly and skillfully to help her unit navigate while on combat missions by constructing bridges, clearing barriers with explosives and detecting and avoiding mines and other environmental hazards She is capable of handling herself in combat as well as being able to use disguises to blend in her surroundings. Some of her equipment is experimental with the modifications she was made. 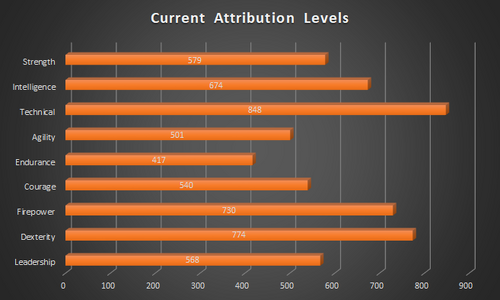 Megan is in her mid-twenties and has a wide range of skills.

These are some of Meggan's talents that she uses while serving with the G.I. Joe tasks and missions she is involved with. 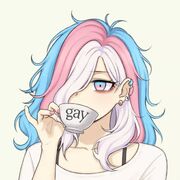 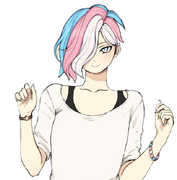 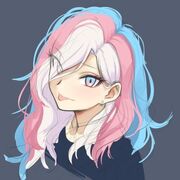 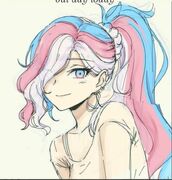 Meggan, as a character, is inspired off Wraith from Apex Legends as far as her voice actress, uniform, and design with mixed elements from the model Kate Lambert.

Also, this is how Meggan views the faction... 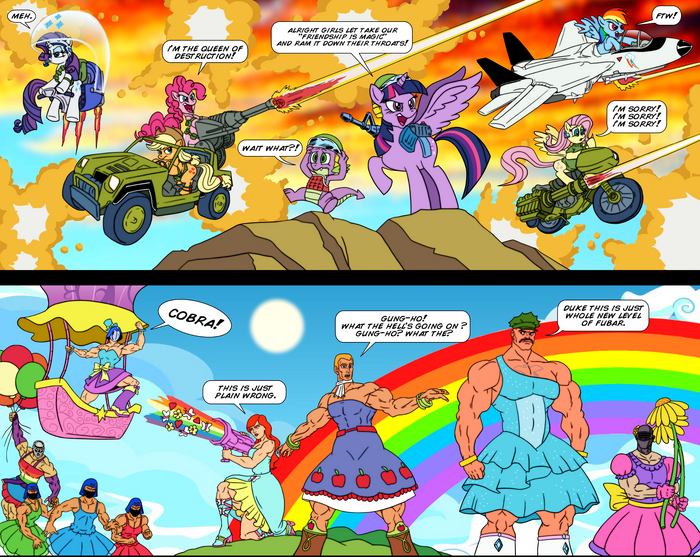