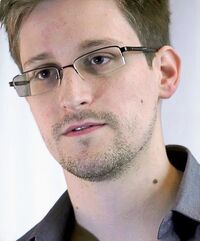 While most encryption is done these days on computers, there are still spies who do things the old way - numbered words in books, messages left in obscure languages, and the like. Robert "Code Buster" WITWICKY is a master of the more traditional aspects of spy-craft. A skilled comparative linguist, he knows several languages and has an encyclopedic knowledge of books and codes. Although a menace with real-world electronics and mechanical systems (he leaves that sort of thing to his brother), Code Buster is a master of both human and computer languages.

Growing up at the knee of his father, the brilliant gadgeteer and top mechanic code-named Sparkplug, Code Buster encountered family tragedy early when his mother (Susan) was gunned down by an unknown assailant (widely believed to have been in retaliation against her and Sparkplug's covert work). He also saw his older brother institutionalized following several mental breakdowns and a suicide attempt. For nearly a decade, Sparkplug and Buster lived in the same house alone, giving Sparkplug plenty of time to mentor his younger and more accomplished son.

When Spike was institutionalized, his friend Chip Chase eventually formed a friendship with Buster. At Lookout Point High School, Chip eventually became a mentor for Code Buster, teaching him about computer code, which wove in with what Buster's father was teaching him. While Chip maintained occasional contact with Spike while he was in a mental hospital, Buster eventually formed a closer bond with Chip until Chip left for college.

When Buster was 16, his dad bought him a 1991 Nissan 300ZX Twin Turbo to celebrate his accomplishments.

Although originally planning to go to college, Code Buster joined the Marines at a young age as a Special Forces recruit and was selected to his dream assignments - military intelligence work for G.I. Joe.

His next employment was as a National Security Agency (NSA) security agent for the Center for Advanced Study of Language at the University of Maryland, before joining the Central Intelligence Agency (CIA) to work on IT security. Firmly ensconced in the worldwide security network, at first Code Buster couldn't be happier, and felt his work monitoring militants helped keep the world save from terrorism.

In 2007, Code Buster was promoted to field work and given cover as a travelling columnist. To maintain his cover, Code Buster's columns began showing slight anti-G.I. Joe bent, which became more pronounced over the years, and began to include satirical cartoons as well. By 2013, Code Buster's articles and comics were beginning to have enough bite that they drew the attention of Joe brass, and some began to wonder if he'd started to believe his own anti-N.W.O. paranoid rants.

Personality-wise, Code Buster possesses a confidence that borders on reckless. He's supremely confident in his abilities and isn't afraid to strike back at any organization, be it terrorism or his own bosses, that he feels has done him an injustice. His brashness has led to an occasional lecture by his far more measured father.

In 2014, Code Buster discovered that his mother Susan was actually killed by G.I. Joe. He released this information to the public, and was forced to leave the US and go into hiding.

Today, Buster is on the lam, after exposing the Joes for their plethora of civil liberty abuses. Chip continues to work in secret to help Buster in his continued quest to expose every liberty-robbing offense the Joes have continued to commit.

In 2016 Buster learned that the Joes were targeting his brother Spike to get back at him. In retaliation he used his computer knowledge to ruin the life of the man who initiated that plan, Captain Falcon.

In 2017, President John MacLeod ordered the assassination of Code Buster, commenting “This guy is really doing damage to this country, and he’s also making us look like dopes. We can’t allow this guy to go out there and give out all our secrets and also embarrass us at every level. We should get him back and get him back now.”  He also ordered that Lowlight be killed as well, to ensure there were “no more loose ends" from murder of Susan Witwicky.

Lowlight was sent on a mission to kill Code Buster -- a mission from which Lowlight wasn't supposed to return. Buster escaped assassination with the help of Major Bludd. In 2018, in appreciation for Major Bludd's assistance in saving his life, Buster joined Cobra.

Buster is currently temped by Bzero.