The Dreadnoks are a biker gang who act as villains, often in opposed by G.I. Joe.

All Dreadnoks are uncouth and violent, and usually engage their enemies with unconventional and creative (many times crude) weaponry. Most, if not all, have shown a particular taste for chocolate covered donuts and grape soda. The Dreadnoks also make a habit of torturing captured enemies, usually in bizarre ways such as exposure to pain inducing laughing gas or tossing victims into pools of man eating piranhas. Their headquarters is a compound hidden somewhere in the Florida Everglades. 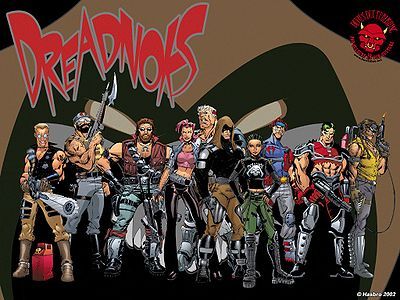