View source
This article is about the Autobot transport bomber - for the Decepticon Aerial Assault specialist, see Darkwing. 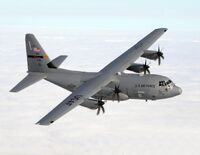 BLACKWING is a rough and tumble kind of Transformer. Hailing from the planet Monacus, Blackwing enjoys getting into fights. During his time with the Autobots on Cybertron, he was known to start bar brawls whenever he was dealing with someone he didn't much care for. He's a nice guy to most people but deep down he's a bit of a maniac when it comes to fighting the opposition. When it comes to fights, he isn't above playing dirty and using cheap shots to gain the upper hand if things might not be going his way. After a long hiatus, Blackwing is ready to take the Decepticons down as many pegs as possible.

Blackwing was created on the planet Monacus sometime during the second Great War on Cybertron. Created with the intent to be a courier, he was given the alt mode of a large shuttle craft. Blackwing spent many years traveling the stars, delivering various cargo to planets all over the sector, including many trips to the planet Cybertron. On Cybertron, Blackwing often spent his off time after deliveries in one of the local bars. During one such visit, he grew tired of hearing the stories of how the Decepticons were destroying things on the planet. As a result, Blackwing set up a meeting with some of the recruiters on the Autobot side of things and, much later, joined up with the Autobots. Serving on Cybertron for over four million years, Blackwing was off-world when Optimus Prime returned to Cybertron to assist against Starscream and Shockwave. During what was supposed to be a routine trip back from Earth, Blackwing sustained heavy damage during an attack by some Decepticon jets. Crashing on Cybertron, Blackwing went off line for a few months. When he came back online, he had found his body had been rebuilt. Informed of the changes to his body, Blackwing took a liking to his new form and he took more than three months to get used to the new body. After spending more time serving with the Autobots on Cybertron, Blackwing set off for Earth to join the fighting there. Upon reaching Earth, Blackwing came across a C-130J Super Hercules. Figuring that his transport shuttle/bomber had become too unwieldy for Earth, Blackwing chose to reformat into the Super Hercules.

< Autobot Sigil appears before being replaced by Blackwing's face > A few minutes ago a request was made over our frequencies to head to Valvolux to pick up a Wrecker that had been damaged. After a suggestion to change our security protocols I headed out to reclaim our injured comrade. I was informed that there had been a run-in with some scraplets and Link-Up was the only one left at the installation, though he was missing both of his arms. Also at the facility was one of Springer's arms, which they are keeping as they wish to run their own analysis of it. I would suggest coordinating with Discretion to search out the other locations that they have leads on to see what else could be found. I would advise caution as I was informed the facility was booby-trapped and the place melted down shortly after evac of Link-Up. With Delusion's assistance I moved the injured Autobot to a big enough space where I was able to transform. Link-Up was loaded in the back and strapped down. I returned back to base where Link-Up was offloaded and taken to medbay for further repairs. Blackwing out. < Blackwing fades to the Autobot Sigil once more before the screen goes black >

Imager requested my aid in delivering supplies to Iacon. As we were passing through Nova Cronum we were attacked by a couple Decepticons < Images of Blockade and Barricade are attached >.

Imager was attacked by a black repaint of Prowl. While I was trying to find out who had attacked us, the second one took aim at me. It was an exhausting fight and eventually the wannabe cop fled the scene. Imager continued on as I kept smacking away at the other one. After he went down hard, I took the opportunity to retreat and continue escorting Imager the rest of the way back. Definitely need some heavy guards if we transport more stuff through Nova Cronum because I don't think we've heard the end of it from those two. Blackwing out.

Blackwing was created and is played by Seth.